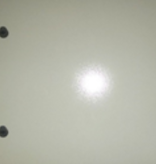 The network replacement unit is a fully automatic switching unit (power box) for switching between stand-alone grid and grid parallel operation in the event of a power failure. Prerequisite for this is a three-phase memory package. In normal operation, the network replacement unit establishes the electrical connection between the public network and the building network and switches on the inverters in parallel via the NA protection. In the event of a power failure, the NA protection disconnects the inverters from the grid, and the power box also disconnects the grid and connects the building grid to the inverter grid.
Thus, it is possible to supply the entire building network in case of power failure from the batteries / power generation plants.

Add your review
0 stars based on 0 reviews
Print
* Incl. tax Excl. Shipping costs
By using our website, you agree to the usage of cookies to help us make this website better. Hide this message More on cookies »